One of the activities of the Next Steps for Podoconiosis Project funded by IZUMI foundation is providing nodulectomy service to about 90 podoconioisis affected individual with minor nodules that prevent them from wearing regular shoes.

Accordingly, NaPAN in collaboration with Amhara Regional Health Bureau, IOCC-Ethiopia and Felegetena Podoconiosis Integrated Development Organization (FTPIDO) facilitated the nodulectomy service for a total of 34 individuals with podoconiosis, and among them 12 were female. Of the 34 individuals, a total of 14 individuals received nodulectomy in both legs.  The Nodulectomy was carried out in three different places Burie, Finoteselam in West Gojam and Hamusit in South Gondar zone.

This simple intervention, a surgical debulking of nodules has led to a vivid improvement in the quality of life the service benefiting individuals as it prevents the barrier to wear shoes thereby keeping foot hygiene and freeing from unnecessary sufferings due to recurrent acute attacks.

Ethiopiaid UK has continued its commitment to transform lives in Ethiopia. Starting with small grants and project implementation in small scale, Ethiopiaid UK and NaPAN partnership have grown to support the national podoconiosis elimination program.

NaPAN has recently received a grant of 40K GBP from Ethiopiaid UK to scale up the podoconiosis and treatment intervention in pod endemic districts of Keffa zone in the South West Ethiopia Peoples Region. The project will be implemented from June 1, 2022 to May 31, 2023. The proposed project seeks to train about 150 government health workers on Lymphoedema Morbidity Management and Disability Prevention (LMMDP), to reach 150 district officials and primary schools teachers through woreda level advocacy workshops. The project will be implemented in eight districts with two scenario. Four districts with relative higher disease burden are targeted for intensified intervention. The intensified intervention includes health workers training, quarterly supportive supervision, and provision of lymphedema registers and treatment supplies and mid-term project performance review meeting. The districts which will receive this intervention are Chena, Chita, Bitta and Gewata districts. The other is the non-intensified intervention only includes health workers training and quarter support supervision. The districts target for this intervention are Gimbo, Decha,Goba, and Shisho-inde.

The project will ensure LMMDP service access to about 4000 podo affected individuals in the target eight districts. However, the project will only procure and distribute treatment supplies (wash basin, skin ointment, soap and shoes) to about 200 podo affected individuals who could not afford to pay the annual Community-Based Health Insurance (CBHI) payment scheme in the intensified supported four districts.

Through this project a total of 11, 050 individuals (podo affected, government officials, teachers, and religious leaders) will be directly benefited. In addition, through the radio spot and billboard, about 700,000 community individuals will benefited indirectly.

Podoconiosis has continued being a public health problem in Ethiopia. Despite the huge strides marked in the last two national NTD master plans 2011-2015 and 2016-2020, the lack of access to information on the methods of home-based lymphedema self-care and access to affordable and suitable shoes are impeding in attained a required quality of life and improved health outcome among affected individuals.

Podoconiosis has continued being a public health problem in Ethiopia. Despite the huge strides marked in the last two national NTD master plans 2011-2015 and 2016-2020, the lack of access to information on the methods of home-based lymphedema self-care and access to affordable and suitable shoes are impeding in attained a required quality of life and improved health outcome among affected individuals.
To catalyze the use of local resources and show the local governments what treatment supplies podoconiosis affected individual need to care their lymphedema, NaPAN with financial support obtained from Ethiopiaid UK organized woreda level advocacy workshops and provided self-care treatment supplies that benefited more than 500 affected people.
The woreda level advocacy workshops were organized in Gozamen woreda, Debremarkos Town (January 23, 2022), in Wayu Tuka woreda, Nekemte Town (Jan 27, 2022), in Dire Woreda, Megado Town (February 13, 2022), and in Mierab Abay, Birbir Town (February 28, 2022). Divergent woreda sector representatives participated during the workshops and consensus was reached on the need of multi-sectoral response to end the neglect and the socio-economic burden posed on the affected individuals and their families. 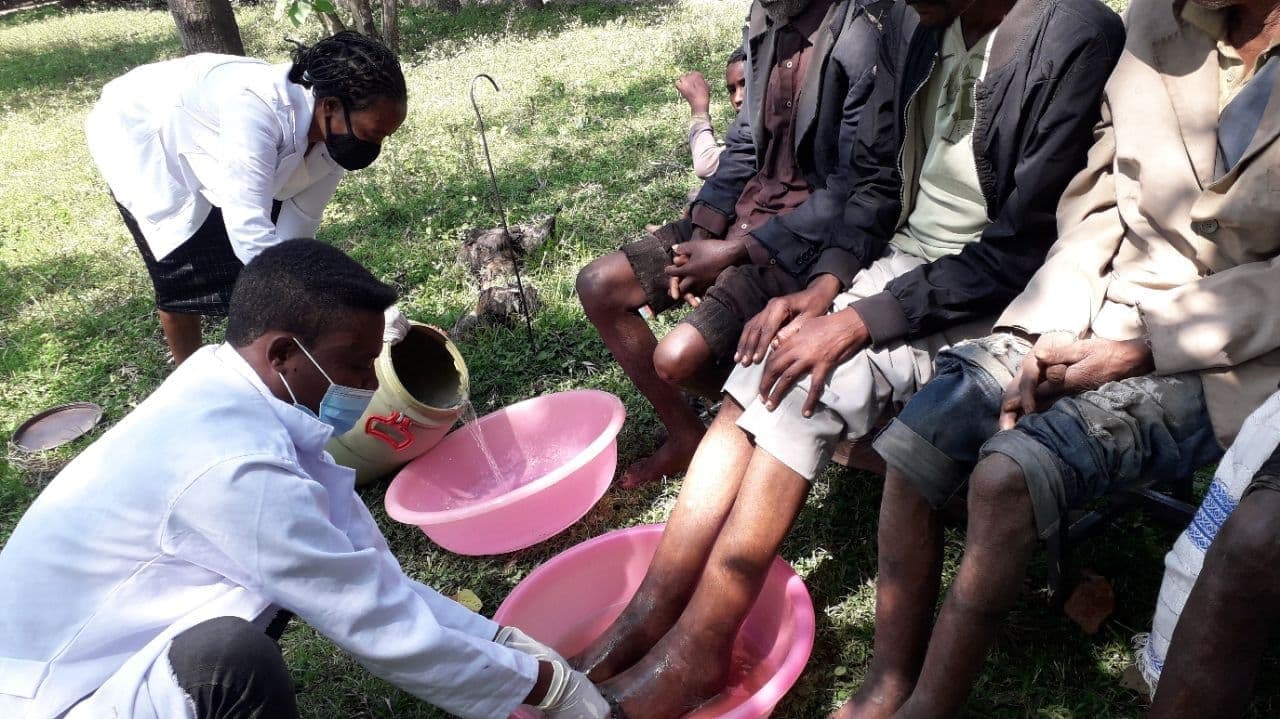 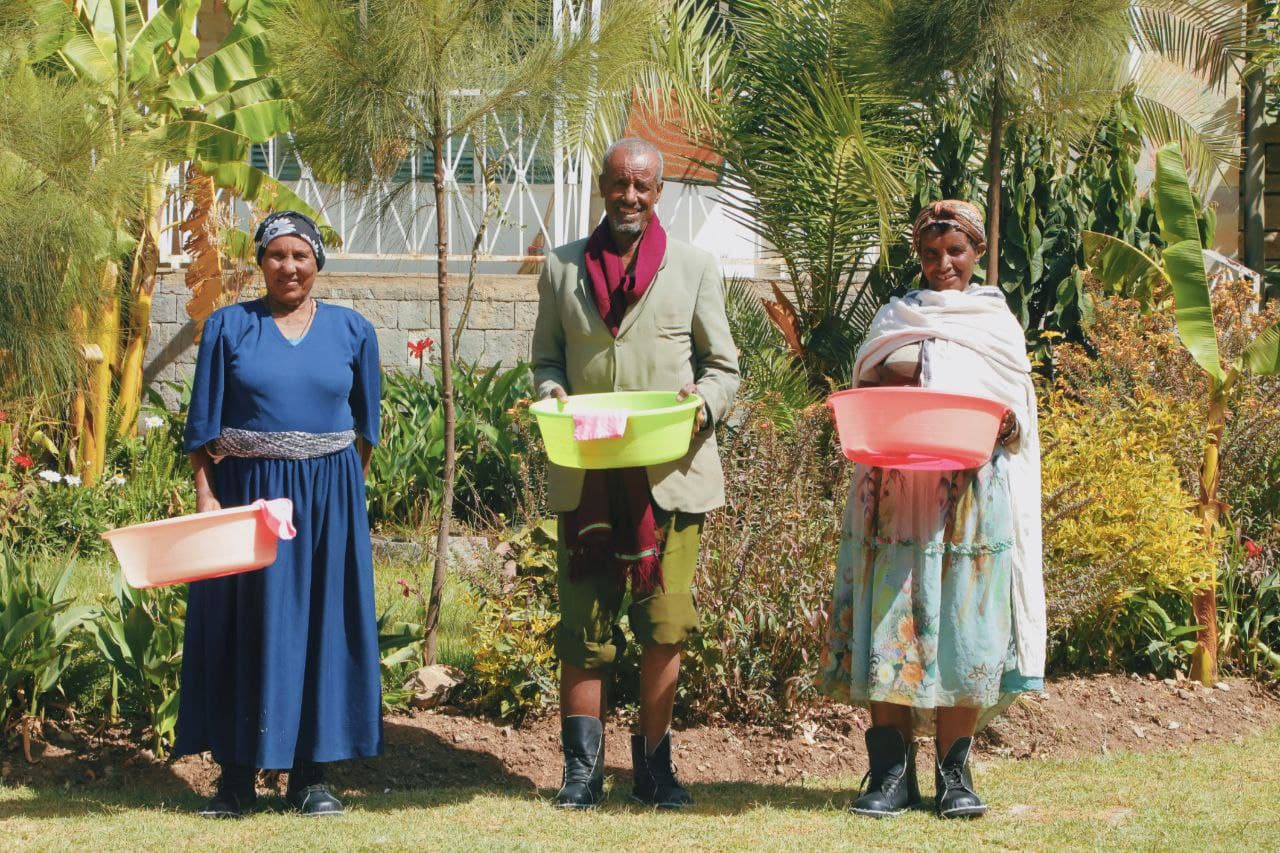 Moreover, NaPAN also provided a one-day refresher training to health extension workers (HEWs) on community mobilization, case identification and referral. It has been able to reach about 200 HEWs. Through the refresher training it was advocated that it was the role of HEWs to follow managed affected after three months of patient training at health center. It was also noted that the HEWs ought to support affected individuals in their house to house visits they make for other primary health care services.

NaPAN has hosted a one day experience sharing workshop on Saturday September 18, 2021. The workshop was held in Friendship International Hotel, Addis Ababa. As one of its missions, NaPAN organized this workshop to create a forum for its member organizations to share their experiences in resource mobilization, networking and partnership, project implementation and management endeavours.

Among its active seven members, four delegates of each six member organizations participated in the workshop. Participating organizations presented on how they mobilize resources, manage projects and advocate diseases.

The participating delegates have learned from one another and requested for more similar initiatives as such gatherings create an opportunity to share vision and galvanize scatted efforts and impart best practices towards achieving the same goal becoming a vibrant and difference making civil society organization.

Few members of the board of directors also participated and facilitated the workshop. The board members have also appreciated NaPAN management for organizing the workshop and motivated members to continue advocating podoconiosis in every project they implement and advocacy efforts they exert.

The project under review is entitled as ‘The Next Steps for podoconiosis patients in Amhara region’ is a three year project implemented from April, 2020 to March, 2023 in seven hyper endemic districts: Bure, Dera, Fogera, Gongi Kolela, Jabi Tehinan, Sekela, and Yilmana Densa districts. The project is funded by IZUMI foundation through Footwork the International Podoconiosis Initiative (www.podo.org).

Through the panel discussion facilitated by FMOH, RHB, and ZHD, the following issues were discussed and highlighted: