Lymphatic filariasis (LF) and podoconiosis are neglected tropical diseases (NTDs) which cause an enormously complex range of physical, social and economic hardships to those affected in developing countries. LF is caused by infection with filarial worms, most commonly Wuchereria bancrofti, and is transmitted to humans through the bite of an infected mosquito. Podoconiosis on the other hand, is the result of an abnormal inflammatory reaction to mineral particles in irritant red clay soils derived from volcanic deposits. 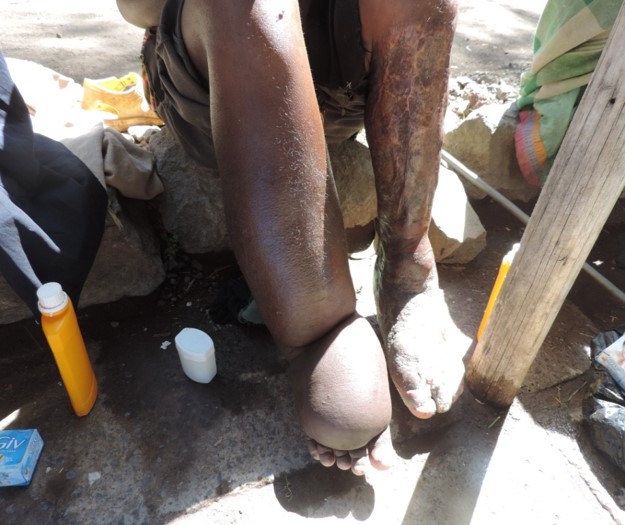 Lymphatic filariasis (LF)is the second leading cause of chronic disability and disfiguring disease worldwide. According to WHO, an estimated 40 million people globally have clinically significant manifestations of lymphatic filariasis-predominantly lymphoedema and hydrocele accounting for 5.9 million Disability-Adjusted Life Years, with a concomitant loss of productivity and social stigmatization

Both LF and podoconiosis are endemic in Ethiopia and when developed into chronic conditions, leads to lymphoedema (tissue swelling) or elephantiasis (skin/tissue thickening) of the leg. Acute episodes of local inflammation (acute attacks) involving skin, lymph nodes and lymphatic vessels often accompany chronic lymphoedema or elephantiasis. Involvement of the arms, breast, hydrocele (scrotal swelling) and other genital organs is also common for LF.